To marry Annette and win it yet 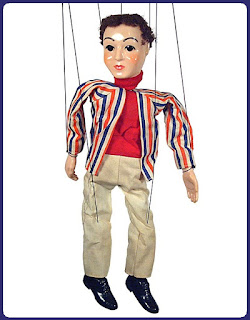 He aimed to wed a debutante,
A campaign-savvy confidante.
Say, Miss Annette would never tire
To see him climbing ever higher,
In winsome charm most nonchalant.

His reputation fairly rose
Although his backbone, no one knows.
‘Tis tough to be intact, unscathed,
As truth with myst’ry has been bathed.
How dangled rumors rob repose.

Behind the scenes, an expert hand
Tugged on the lines with full command.
Thus, tightly spun, the rhetoric
Was cheapened, cut right to the quick,
While values turned to contraband.

Before his soul could hem or hedge,
He full forget his fledgling pledge.
Although he captured winning vote,
‘Twas his advisors who did gloat.
He soon was left upon the ledge.

So what became of Miss Annette,
His gilded muse? Did he forget?
Her gowns now wear museum fame,
And high school students learn her name.
But legacy may be regret.
c2016 by Linda Ann Nickerson

NOTE: Unauthorized use in printed materials, online, or in other published arenas is prohibited.