Mere sense has flown. My nerves are numb.
My wits, they need repairs.
Mistaken missives, how they come
Mailed from someone downstairs.

“Enough!” I cry to no avail,
Eyes swollen at the sight.
Each propaganda, past the pale,
Enlarges spousal slight.

No privacy, respect, or calm –
Now, look. How does he prate?
Not ceasing, he clicks off each bomb,
Named for his candidate.

NOTE: Just this once, I didn’t use all the prompt keywords within the text of the actual trolaan poem. Let’s just say desperate times call for such a wild departure from traditional expectations. In this season (at least in the United States), citizens seem to be growing ever more insecure about the upcoming election. We may feel vulnerable, as we ponder the often unreliable words of those vying for top positions, especially in such a dangerous era of human history. With this situation in mind, I opted to pen this poem on one way this season is proving particularly divisive.


This time around, I might have to say one of my favorite holidays (at least, this year) will be the day after Election Day. I can pretty much guarantee I won’t be thrilled with the entire outcome, but getting past the contentious campaign cycle cannot be a bad thing. 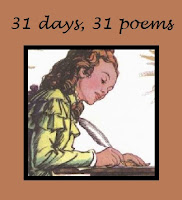 Feel free to follow on Google Plus and Twitter. Please visit my Amazon author page as well.

Find my Kindle books on Amazon.